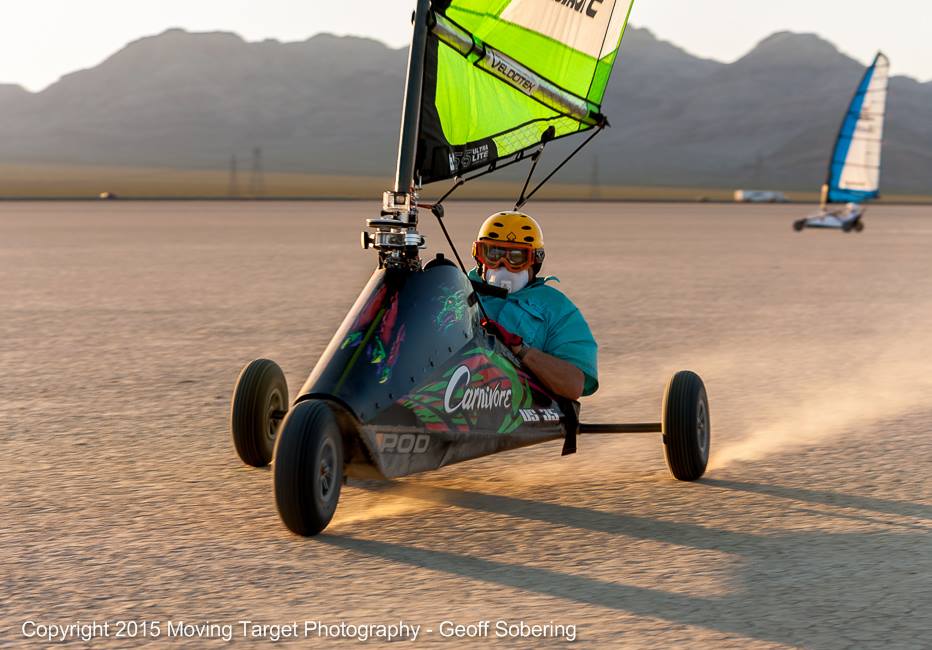 Ok we have been a bit slow with the newsletters mainly because we have been doing so much blokart sailing. NABSA have just had their championships on the Ivanpah Playa, the same venue that they will be hosting the world championships at next year. They have reported that the playa is in great shape this year, and with the construction work across the highway completed it should now remain that way, those who attended the 2012 worlds will remember the construction vehicle tracks running right through the course. We have set aside this newsletter for two very exciting topics. NABSA have decided to put up their North American Blokart Sailing Championships titles for the pre-worlds event. The second part of this newsletter is another up date on the new IBRA rules. Edition 5’s draft is now in its proof reading stage before a vote will be done to adopt. We give you a quick insight into some of the changes it contains. If you have any topic you would like us to explore, or have an article you would like to print in this newsletter, email or ask in the forum. This Month 1. NABSC regatta 2. IBRA Edition 5 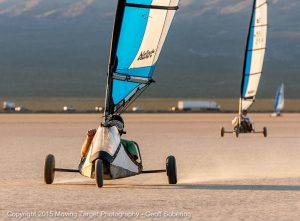 North American Blokart Sailing Championships (NABSC) 2016 NABSA, the hosts for the 2016 worlds are extremely excited to share their championships with the rest of the blokart world. The pre-worlds was intended to give competitors some race practice on the courses that will be used for the worlds, as well as allowing the race team to fine tune and practice their procedures. However we expect with the added incentive of the North American title being up for grabs, this regatta will be every bit as competitive as the worlds. The NABSC 2016 event will kick off with a NABSA welcome BBQ / Cookout on the playa on the registration day, and racing will take place over two days as mentioned in the Worlds Notice of Race (see pre-worlds race days). If this years NABSC event is anything to go by, the American sailors will have a high number of competitive sailors towards the pointy end of the fleet giving the rest of the world a run for their money. Check out Steve Irby’s photos here Or Geoff Sobering’s photos here 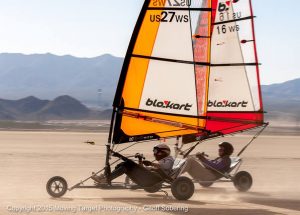 IBRA Rules Edition 5 The IBRA committee has been working extremely hard since the start of the year when each IBRA member association submitted their requests for rule changes. The committee members have already met 3 times to work through the proposals, each meeting taking over 2 hours. A testament to how well the new leadership is working is that their have been some robust debates around making the rules simpler, easier to learn and consistent, while acknowledging where the sport came from, and where it is heading. Edition 5 draft is now in its proof reading stage, with each committee member taking their time to throughly review and check the new document. The process from this point on is: Stage 1: Proof reading, this is the current stage and is due to be completed by the end of April. Stage 2: Association review. Stage 3: IBRA vote to adopt Stage 4: Edition 5 will be published, this is scheduled for late June / early July 2015 It it intended that the new rules will come into effect on 1st January 2016. However any regatta’s wanting to use the new rules before then may do so by clearly publishing in their Notice of Race.   Here is a sneak peek at some of the changes, this list is not all the changes, and don’t just take the words here as the rule… read the rule when it comes out so you can see what is allowable and also the limitations: Document:
* Document format updated to make it simpler to read.
* Definitions section added to define words used, such as obstruction. * Check lists for scrutineering included.
* Protest procedure flow chart included.
* Redress form added. * Sailing rule aids added as an appendix.
Equipment:
* Carbon Masts remain prohibited in the production class.
* Slight change to the production downhaul to allow a double pulley at the bottom.
* IBRA interpretations 001 to 004 as found on the worlds website are now included.
* IBRA now sanctions accessories for use in racing by way of a list on the worlds website, this list defines when a part may be used from and which classes may use them.
* Adhesive tape rule expanded to allow rubber or plastic tubing, or string to hold a part in place.
* Generic blokart parts such as pulleys and cleats now may be replaced with another generic part from your local shop rather than from blokart International Ltd. The part must be of the same size, and quality.
Sailing Rules:
* Sailing rules split into sections where the sections can be learned one at a time by new competitors whilst remaining safe, rather than needing to learn all the rules at once.
* Right of way rules updated and simplified.
Protests & Penalties:
* Updated and simplified protest procedure with flowchart to follow.
* Penalty section revised to the philosophy of then penalty being DSQ, and you can exonerate the penalty by doing a 360.
* Mediation carries more weight, a competitor accepting fault during mediation may drop their retirement from the scoring, while a competitor disqualified during a full hearing must carry their disqualification in the scoring.
Scoring & Events:
* Standard scoring system included
* Standard starting procedure included, that may be changed by the Sailing instructions if needed, but there if a nothing is specified.