The team here at the Blokart World Championships apologize for the late release of this newsletter, our editor has been off sailing Grand Prix race boats for the past month (someone has to work). We hope you will find the newsletter informative, its packed full of some pretty big topics. If you have any topic you would like us to explore, or have an article you would like to print in this newsletter, email or ask in the forum.   This month 1. Blokart V’s Mini Yachts… one design v’s mixed design, where does the blokart fit? 2. IBRA Update… an update from the September IBRA meeting, who will be the president of IBRA, what is IBRA doing? 3. New Blokart Products, a round up of the 2014 accessories, hub caps, mast protectors etc.   1. Blokart V’s Mini Yacht Paul Beckett when inventing the blokart never intended for his machine to become another land yacht, he wanted something different, something smaller, something much easier to transport and something that anyone can jump in and have a go. He had no idea it would be so successful as a class for racing, thinking that it would be great a great recreational machine. Whether or not its a racing class first and a recreational class second, or there other way around doesn’t really matter. All the matters is that there is now around 13,000 of them around the world sailing. The blokart class was quick to distinguish themselves apart from the land yacht crowd who at the time were bogged down with rules that prevented close quarters racing, something which Paul enjoyed (ok maybe he likes it a little closer than close at times). The blokart group famously sailed rings around the land yachts who while they are faster, would sit around waiting for the conditions to be just right before getting out and doing it. The blokart attitude of “get out and do it” encouraged a raft of new competitors who had never even considered land yachting, prompting somewhat of a resurgence in the sport. In response to the growing blokart fleet, and the dwindling Land Yacht fleet, the land yacht group developed a new class called the “Mini Yacht”, which now race a very similar format to the way the blokart races are run, with rolling “dial up” starts, and windward legs not just reaching legs. The new Mini Yacht rules allow for the close quarter racing that blokart racers have enjoyed for 14 years now. So where does a blokart fit in now? Well a blokart fits nicely in the Mini Yacht rules, almost like they wrapped a piece of string around a blokart actually, they tell us that wasn’t the way it came about,  but the kiwi’s will know about beer companies advertising with the punch line “Yeah Right”. The best way to sum it up would be to use a car racing analogy….. Blokarts are a class, mini yachts are a group of classes and one-offs, just like in the Le Man’s 24 hour race you will have a Porche GT3 division but they are also able to race in the open category.

Blokart events are for blokarts only, just like a Laser sailing regatta is for Lasers only. But at a mini yacht event Blokart are able to compete, just like a Laser can go and compete in a mixed club fleet at your local yacht club. So why would you compete in a blokart only event? Blokart only events are great to see who is the best sailor,  on the same equipment, where as a mini yacht rewards the machine over the sailor, he who can design and build the fastest machine will win. How do blokarts fair against Mini Yachts? well at the 2014 land yacht worlds, not very good, they were beaten by karts which were heavier (up to 3 times heavier) carried more sail, and in our opinion were actually potentially quite dangerous with solid sharpened fairings. But all those things that make a custom Mini Yacht faster, were the exact reasons the blokart was born. Heavier means harder to transport – we can fly with our blokarts as checked luggage. Larger sail is only required because the karts are heavier, but it means higher sheet loads which makes the class less accessible to everyone. We enjoy a wide range of abilities all racing together. Blokarts are designed so that they are not crazy dangerous, the competitors who have crashed have often stated that they are glad the karts are so well designed as they would have expected much more serious injuries than they sustained…. even in some high speed kart vs kart collisions. We don’t think of blokarts as land sailing, but sailing on land. We love that our class is so accessible to a wide range of competitors from 12 and 13 year olds, to competitors in their 80’s, Abled bodied professional sailors, and disabled (either physically or mentally) all sailing together and on a even playing field… we also love that its not always the competitor you think will win that does. 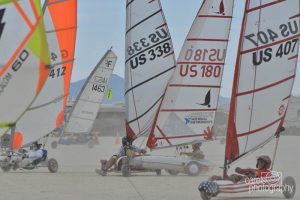 Imagine being hit by one of these Mini Yachts

2. IBRA update. The new IBRA Committee formed a couple months ago under the new agreement signed up to by the founding associations (EBA, ABA, NZBAI, and NABSA) has been hard at work since their first meeting in September. The committee is made up of members elected by their associations on a proportional basis. They are: Jan Meijer (EBA) who was elected by the group as the IBRA president Nico Boel (EBA) who every knows as the EBA president Javier Estarellas (EBA) who everyone knows that the equipment guru of spain Jim Nordhaus (NABSA) who competed in the 2012 worlds, is an experienced sailor and has become a very active member of NABSA Darren Bianchi (ABA) who is a very active blokart competitor in Australia, having run many of the Australia events. Wayne Lewis (ABA) who is known in Australia for his “lets get it sorted” attitude and is an experienced blokart sailor since 2008 Barry Cole (NZBAI) who is member of the famous team ABC, and has competed at several world championships. Ian Timperly (NZBAI) who is a promoter of the sport as a level, one design class and a support of almost every event he can possibly attend Paul Beckett (BIL) who is just some guy the factory found laying around not doing much. The committee during the first meeting asked Ross Vickers if he would stay onboard as a non-voting secretary to keep the group focus and document all the meetings, collate the responses from the various associations and keep the count for votes on motions. 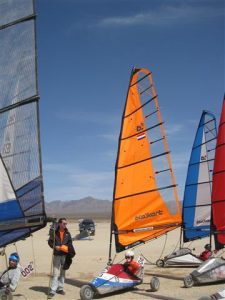 The first order of business for the IBRA committee was to instigate a process and timeframe to undertake a full review of the IBRA Rules edition 4. Subsequently a letter has been sent to the founding associations outline that process and requesting submissions for rule review, or new rules that associations feel need to be included. The key requirement of these submissions is that it is the intention of the rule change or addition that the IBRA wants to know, not just a “this is what we want the rule to say” A copy of the request letter can be viewed here: IBRA Rule Submissions Letter to Associations   3. New blokart Products Blokart International Ltd has recently released two new products: The new Bearing Sheilds (AKA hub caps) designed to protect your bearings from dust, grit sand and salt. The kit includes a solution for the inside bearing as well as the outside and there is now additional seal available for those who use the big front fork so they can protect the beading agains the fork. 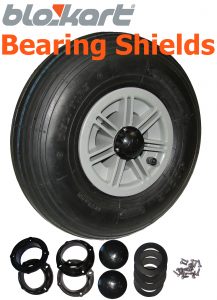 The second product, is the new Foiled Mast Sleeve Protectors. which features 5 foil type protectors that allow the sail to rotate freely on the mast while offering maximum protection for not only the luff pocket but also the batten pockets by “popping” the batten up off the ground. The Guru swears they also offer a performance enhancement by acting as a camber inducer…. lets see which way the cards fall on that one. 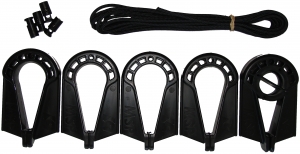